HOW TO PROVE THAT YOUR CAMERA CANNOT FOCUS

According to Ansel Adams, "When we say an image is sharp or in focus, we mean that, theoretically, the light rays from anyone point on the subject are converging at a corresponding infinitesimal point in the image of the focal plane.1 This is quoted by Joseph Dahl, Oct. 20, 1962, in his application for a U.S. Patent, which was granted August 30, 1966, for his absolutely focal-point-exact focusing device Messraster. Mr. Dahl then explains that, in the applied-for patent "this theoretical assumption has become a reality" and that "instead of the heretofore permissible diameters of the circle of confusion of 1/lOOOth part of an inch, i.e., or an area of 314 mu, the now produced minute bundles of rays have only an area of .078 mu." (One mu is 1/lOOOth of a millimeter.) What that means is that lenses were already capable of performance that achieved that theoretical infinitesimal point but, due to the inaccuracy of available focusing systems, one never got to see that performance. The advent of the focal-point-exact Messraster made it possible to realize the true definition of focusing which in turn, for the first time, showed the high performance that good lenses are capable of.

The present invention teaches that such "tolerances of image definition" represent optical physical non-realities and have now been eliminated. Instead, there is now given the possibility of the point/true focusing."

The text goes on to say that the invention also allows the precise determination "of the true optical destination of depth of field". In other words, even if one accepts depth of field as meaning more-or-less tolerable UNSHARPNESS, it remains meaningless unless one can precisely determine (focus on) the exact subject-plane in front of and in back of which the depth of field is to extend.

The above-mentioned patent has been known to the optical and camera industries for decades and has not been brought out, although, by the time of the inventor's death, some highly respected manufacturers wanted to deliver it for their cameras (Exakta, Hasselblad, Nikon, Killfitt). Mr. Dahl maintained until his death that the German optical industry, which he said was at that time controlled by Zeiss Ikon and the Carl Zeiss industrial empire, fought the introduction of his invention from the start because it made their own focusing devices obsolete, refuted most of the technical ideas they had endorsed, and demanded greater precision in their cameras. What Mr. Dahl did not say was that it must have been obvious to the industry that, if the Messraster were introduced and the public understood its full implications, everyone interested in best picture quality would have wanted it, and one man, the owner of the patent, would have had control over the entire industry. With the death of Joseph Dahl in 1970, that threat disappeared, and it is The Anstendig Institute's firm belief that it is now time

This paper describes simple tests with which everyone can, for themselves, prove the greatest hidden scandal in present-day industry: that none of the multi-millions of cameras that are available or being manufactured are capable of doing what the word "focusing" means and that their capabilities extend only within the narrow range from totally inexact to impossible-to-focus-at-all. If someone does not own a camera, it would still be instructive to go to a photo store and try these tests with a reputable camera.

First, cover a waist-high table with a newspaper (see diagram A at the end of this paper). Then, as in the diagram, stand two or three feet away from the table and point the camera down at a part of the newspaper about a foot or so from the edge of the table and try to focus. One will immediately notice that, instead of clearly seeing a sharpest point, one sees a whole stretch of print that appears sharp in front of and in back of the point upon which one is trying to focus. Somewhere in that stretch is the really sharpest point that one should be able to determine with any focusing device, but one is unable to do so because neither the ground-glass nor one's eyes can differentiate (resolve) that point. But the film and the lens can resolve it, and it would be clearly seeable if one took a picture (without shaking the camera, of course). That stretch, within which no focusing is possible because everything looks sharp, is the well-known limitation of the focusing precision of the ground glass, the limitation that caused the optical industry to seek other means of focusing. Trying the same test with other focal-length lenses and with different aperture openings (by manually stopping down the lenses) will provide a more complete picture of the impossibility of achieving precision with a ground glass. But the same test can be readily carried out with the SLR focusing grid and with the non-SLR rangefinder cameras with similar results.

The same test can be made with the prismatic focusing grid in the middle of many focusing screens. The disturbing prismatic grid is supposed to disappear when focus is achieved. But notice over how long a stretch of the newspaper it seems to remain invisible (I say seems, because some flicker is always still present, if not very noticeable). That stretch is the distance within which it is impossible to focus with this system...the tolerances that define the system's inaccuracy. Repeating the test as above, with other focal-length lenses and with different aperture openings (by manually stopping down the lenses) will give the tester much to snicker about.

This test is for rangefinder-focusing cameras of the type in the original Leica and in many press-type cameras (not through-the-lens, split-image range-finders). Look at the newspaper through the rangefinder: try to focus until the two images fuse at the point in the text on which you want to focus and notice how many lines above and below that line the double image remains together. It should be said that, with a well-made rangefinder of this type, the front-to-back range within which no more focusing can ensue is narrower at short distances than with SLR focusing systems. But the farther away one gets, the less accurate the rangefinder becomes until at somewhere between 5 and 15 meters, depending on the camera, the lens is at infinity and beyond that distance, the two images for everything visible in the rangefinder remain together. Of course, with this system, one does not even see the image as it will appear on the film, and it does not work on really short distances under about 2 feet.

For this test find a long, vertical black or dark-colored line that stands out clearly against its background (the crack in a door, the edge of a door, the edge of a cabinet, a hanging wire, etc.). Then, as in diagram B, aim your camera at a point in the middle of the line, cut it with the dividing line of the rangefinder, and focus until the two sides of the line come together. Now, slowly raise or lower the angle of the camera while keeping the rangefinder on the line and notice how far you can go above and below the place on which you had originally focused without the images separating. You can also try slowly moving your head closer to and farther away from the line and notice how far you can move back and forth without the lines separating. If that does not already have you either snickering or furious, try using other focal-lengths and/or manually stopping the lenses down. At some smaller aperture (but still large enough that one should expect to be able to focus with it), the rangefinder just blacks out and becomes nothing less than an annoying disturbance. The first test can be tried by those who use the seldom encountered clear-glass circle with hairline cross. While somewhat more accurate than the ground-glass, this system will still show more tolerances than its reputation for accuracy would suggest. One should not forget that one's eye vacillates and seldom continues to see the aerial image exactly at the plane of the hairline cross, and that the system has a built-in error if the clear-glass surface is flush with the surface of the ground glass that it is in the middle of.

Variations of both the first and second tests can be attempted using auto-focusing systems. The results will probably be hilarious, without even bringing up the question of how one is supposed to direct those systems at a single point, like the pupil of an eye, or at a thin wire, etc.

Amazingly, today, in 1983, cameras that have no focusing system at all are still being produced in enormous numbers. This arrangement was used in the early beginnings of photography only because no portable method of focusing existed. An anachronism in the true sense of the word, these cameras were already indefensible with the introduction of the first primitive range-finder and SLR cameras. The camera buyer has the right to decide that he/she does not want to bother with focusing, but only after the buyer has been made aware that, under such circumstances, only the worse possible, most unacceptable results can be depended on and not fooled into thinking that being able to focus is just one more feature that does not make much of a difference.

Any honest person who tries these tests will immediately understand that there is no way one can speak of accuracy in the whole realm of photography. The point of photography is to get an accurate image onto the film, and it does not matter how wonderful the camera body or the lens is if no precise possibility of getting them together is available. What, pray tell, is the logic of touting shutters, lenses, electronic exposure controls, etc., as amazingly precise wonder-works and not expecting EVEN MORE PRECISION from the most important part of photography, the focusing system? Since the inaccuracies of the available focusing systems are well-known, but unmentioned in the industry and the industry-controlled photographic press, the logical conclusion is that the public is being manipulated to believe that the inaccuracies they have to put up with are good enough and that there is no need for exact focusing because it does not make any real difference. It can easily be proved that focal-point-exact focus DOES make a difference...an ENORMOUS difference in EVERY aspect of picture quality. In other words, the public is being fooled.

The Anstendig Institute is a non-profit, tax-exempt, research institute that was founded to investigate the vibrational influences in our lives and to pursue research in the fields of sight and sound; to provide material designed to help the public become aware of and understand vibrational influences; to instruct the public in how to improve the quality of those influences in their lives; and to provide the research and explanations that are necessary for an understanding of how we see and hear.

Related papers explaining in detail what focusing should really be and why are available free of charge from The Anstendig Institute. 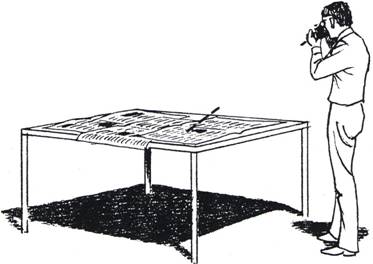 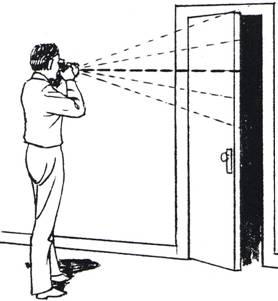